Description
The site at 'Doonagappul' is a typical example of a promontory fort on the west coast of Ireland. Located on the southern shore of Clare Island and one of five forts on the Island it lies at the southern extremity of a dense concentration of promontory forts centred on the northwest Mayo region (Casey, 1993). These coastal promontory forts have an almost western European distribution, suggesting a separate building tradition and not an adaptation of the local hillfort type to a coastal situation (Aalen, 1997).

Defended on three sides by the sea and on the landward side by an earth and stone bank it would have provided a formidable obstacle to attack. Evidence from an excavation undertaken at the site in 1992 suggests that this may be an example of an unfinished promontory fort (Casey, 1993). 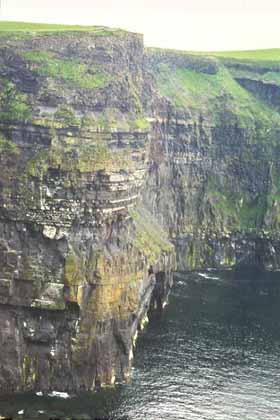