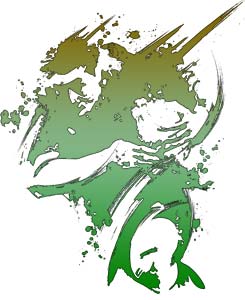 Founded in 1874, the Irish Rugby Football Union (IRFU) is in charge of organizing and developing rugby union in Ireland, managing the championship but also the national team.

One of the interesting features of rugby in Ireland is that it includes both the Republic of Ireland and Northern Ireland, despite the separation of Ireland, divided into two in 1922. So, the Irish federation includes two different political entities, and this situation is unique among international rugby federations.

The first match of the Irish national team took place on February 15, 1875 against England, and ended in defeat. In France, Irish rugby team is dubbed "le XV du Trèfle", and Ireland is part of the first division of the world rankings LIRB (International Rugby Board).

The Irish national team participates each year in the 6 Nations tournament, and has participated since 1987 in the World Cup rugby.

The Irish team plays its home games at Lansdowne Road, currently under reconstruction and will be called Aviva Stadium at its planned reopening in 2010.

Until the creation of the European Cup rugby and the Magners League, the Irish league and its clubs competed against each other at national level. This championship was played at provincial level until 1990, before the establishment of a national championship: the All Ireland League.

The All Ireland League is composed of 14 teams. But it is impossible for a country like Ireland to maintain such a number of professional teams. Accordingly, the championship remained in a semi-professional, and over time, rose to second place behind the competitions held by the provinces.

This competition was created in 2001 and brings together in one championship the Welsh, Irish and Scottish. It is one of the leading competitions in world rugby, and brings a higher profile to the game of rugby that so many people enjoy.

The Celtic League is also known since 2006 as the Magners League, named as the new principal sponsor of the competition for 5 years.

Since its inception, the Celtic League has undergone many changes, such as the numbers of teams and the championship format. But since 2007 the league has 10 teams: 4 Irish provinces, 2 Scottish and 4 Welsh. And the final phases are reintroduced at the season 2009/2010.

From a sporting perspective, the Celtic League is dominated by the 3 major provinces that are Leinster, Munster and Ulster. These three provinces have all won at least once in the league, and Ireland has a total of 5 wins: 2 for Leinster, 2 for Munster and 1 for Ulster. This is followed by the Welsh with 3 championships.

The creation of the Celtic League has had a very beneficial effect on the overall level of nations Irish, Scottish and Welsh. Indeed, recent international results of these nations are rising. We note for example 2 Grand Slam for Wales (2005 and 2008) and one for Ireland (2009). At club level and the European Cup ( "H Cup"), we note 2 victories for Munster (2006 and 2008) and 1 of Leinster (2009).

Finally, the 2010/2011 season the Celtic League will expand to 12 clubs, with the entry of two competing Italian clubs, the Benetton Treviso and Aironi.