Both of these sports are completely amateur, there is no money or payment involved and they are enjoyed by the players for the pleasure and pride of playing for one's county.

Hurling is known for the speed of play, and is regarded as the world's fastest team sport played on grass. The earliest reference to hurling dates back to the fifth century so we can assume that it has existed for nearly 2000 years, brought by the Celts to Ireland.

The players' equipment is as follows: a helmet, a hurley (a stick, also called 'Camàn' in Gaelic measuring from 75cm to 1m for adults) used to hit the 'sliotar' (the ball). This ball is made of leather, with a core of cork, is very resistant, and can reach speeds of 160 km / h.

The ball can be picked up with the hurley (or foot) and not the hand, and the player is forbidden to move more than 4 steps with the ball in his hand. To continue they have to bounce the ball on the hurley and resume in hand for 4 additional steps - but they cannot do it twice. In return, they can run and move as much as they want while keeping the sliothar balanced at the end of hurley (the solo-run).

For a player to catch a ball with his hand, he must have at least one foot on the ground. And to defend, again shoulder against shoulder is allowed, but any other contact (hip, elbow, tackle) is prohibited. There is no offside, the ability to send the sliotar as far as possible is an asset. 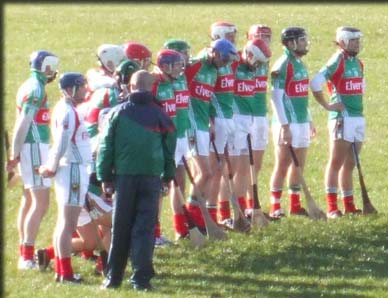 Fast, furious, exciting, physical, impressive, both sports require great skill and are must-see during your trip to Ireland! In addition, for a quite reasonable entry price to Croke Park, you can enjoy an interesting and informative guided tour of the 4th largest stadium in Europe.