As literacy emerges in northern Europe in the first millennium AD, for the first time in their history the people of the past can speak to us in their own words, in their own voices.

There are many genres of such communication - poetry, annals, histories. But one of the most interesting - and one of the most difficult to read - is that of hagiography: the writing of the lives and stories of the saints.

People wrote saints' Lives for all kinds of reasons. The primary motive was to encourage devotion to their patron saint. This probably combined their own personal sense of devotion with a more institutional ambition. A writer would, for example, write a saint's Life to encourage pilgrimages to the shrine where the saint's relics were kept, which would bring revenue and prestige.

Or a Life might emphasise how the saint had founded many churches, persuading the reader that those communities now owe some kind of allegiance to the saint's mother church. For example, Armagh clerics in the seventh century wrote stories about Patrick founding huge numbers of churches, all to persuade readers that Patrick's church at Armagh should be the supreme church of the Irish.

We have to be careful, therefore, when reading these Lives, remembering that they are works of propaganda as well as of devotion. As historians, we have to remind ourselves constantly of the limitations of this genre of literature.

Saints' Lives are full of miracle stories - though we don't read these as evidence that the medieval world was constantly being disrupted by actual miraculous occurrences. It is rather evidence of the medieval reader's interest in such miracle-stories, the importance of miracles as a sign of holiness and a guarantee that the saint could be an effective patron for his or her devotees.

Furthermore, the kind of miracle a saint performed is also important. The miracles performed by the saint in Adomnán's Life of Columba tell us something not about Columba in the sixth century, but about Adomnán in the seventh. He shows Columba miraculously helping women in various ways, but this reflects Adomnán's interest in the welfare of women, which is most clearly manifested in his Law of the Innocents of 697 AD.

Adomnán also paints a picture of his patron, Columba, as a man who ordains kings. There is some dispute about whether or not Columba did any such thing, but what is beyond doubt is what it tells us about Adomnán: he wanted to persuade his readers that Iona was God's chosen instrument for the anointing and inauguration of kings. He wanted to persuade his readers of the new ideology of kingship that Iona was promoting from the late seventh century.

There were other churches in Dál Riata which were not part of Columba's family of monasteries. Adomnán's Life of Columba shows them failing in various ways, or he simply ignores them. There is an agenda of inter-church rivalry going on here, perhaps.

In short, if we read a saint's Life as revealing something about the seventh century author rather than about the sixth century patron saint, we can discover a great deal about contemporary social and ecclesiastical life.

Finally, if we look at the background information conveyed by such texts we can discover a lot about the material conditions of existence. The Life of Columba describes monks harvesting on the west side of Iona. It mentions a seal-breeding ground where Iona had the exclusive right to take the animals. We hear of people sailing on the sea in boats with very thin coverings - the curraghs of wood and skin which Gaels still use in some areas. By looking at these incidental pieces of information, peripheral to the main thrust of the stories, we can learn much about the ordinary and everyday in seventh century Argyll. 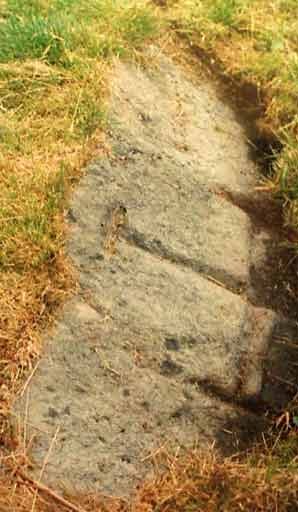