The Vestvågøy Island, with its 400 km2 is the largest island of the Lofoten archipelago. The area is well suited for agricultural settlement as it is less mountainous than the other islands. In fact, Vestvågøy is regarded as one of the better farming districts in North Norway.

In old written sources, the island of Vestvågøy was given the name Lofotr. Icelandic sources from the 12th/13th centuries confirm that the name Lofoten is used exclusively for Vestvågøy (Nielssen, in press).

Later, the island of Vestvågøy gave its name to all the islands in the archipelago. The name is interpreted in two ways, and which is the correct one is still discussed. One explanation is Lofotr in the meaning of the foot of a lynx, from the shape of the island. The other meaning is Lofotr as the country by the mountain foot. F. Myrvang tries to explain the name Lofotr in connection with topographical conditions in the area of Borg. 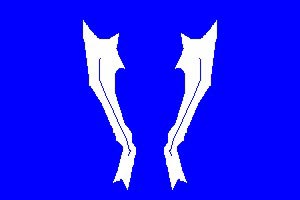